Sothern Saskatchewan is part of Canada’s breadbasket, producing more wheat than any other province in Canada and more than many countries.

While agriculture still dominates Saskatchewan’s economy, the minerals industry has grown dramatically. The province’s potash and uranium reserves rank it among world leaders, and petroleum production is rising rapidly. Saskatoon and Regina are the two biggest cities in Saskatchewan with booming economies.

Each of these programs have been designed to meet the province’s need of having a strong labour force, as well as businessmen and entrepreneurs. To know more about these immigration streams, contact us. 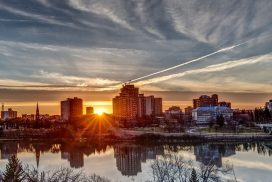 To learn more about the province of Saskatchewan and its historic, geographic and cultural significance, visit our Explore Canada page.