Immigration, Refugees and Citizenship Canada (IRCC)  has so far invited 1,428 PNP applicants via Express Entry (EE) in 2022. Comparing the previous ten PNP-specific EE draws, the CRS cut-off has often been in the range of 700-800. The 745 CRS requirement for this draw was less than the 808 CRS required for the year’s first draw on January 5. The graph below shows the number of Invitation to Apply (ITA)’s issued during the same period for 2021 & 2022. 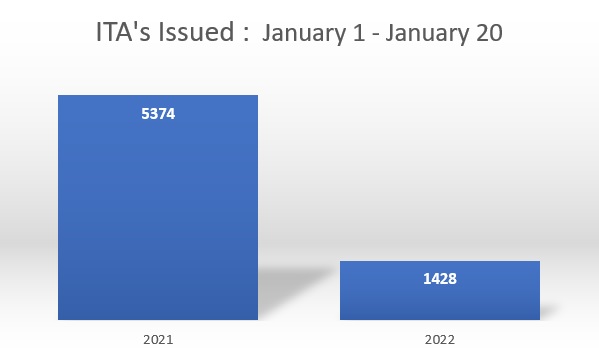 Since September 2021, IRCC solely hosted Express Entry (EE) draws only for PNP applicants. Canada plans to accept 411,000 new immigrants in 2022 and 421,000 new immigrants in 2023 under the Immigration Levels Plan 2021-2023. PNP streams are an important aspect of Canada’s immigration strategy, with almost 250,000 applicants likely to receive permanent residence between 2021 and 2023. The federal government has made various statements hinting that Express Entry (EE) reforms are on the way. 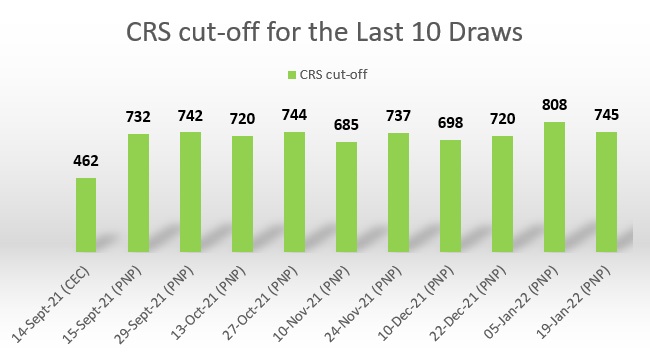 Provincial Nominee Programs (PNPs) are fast-track Canadian immigration programs and provide a unique pathway to immigrate to Canada. There are two types of provincial nomination programs:

Enhanced nominations: these streams are linked with the Express Entry system suitable candidates are searched by the provincial immigration officials who match specific criteria. These provinces then invite the eligible candidates to apply for provincial nomination.