Since September, Immigration, Refugees and Citizenship Canada (IRCC) has only held PNP draws. According to an internal briefing memo, IRCC has been focusing on PNP applicants as immigration officers are processing a backlog of applications. Before accepting candidates from other programs, the immigration department hopes to reduce Express Entry backlogs by at least 50%. 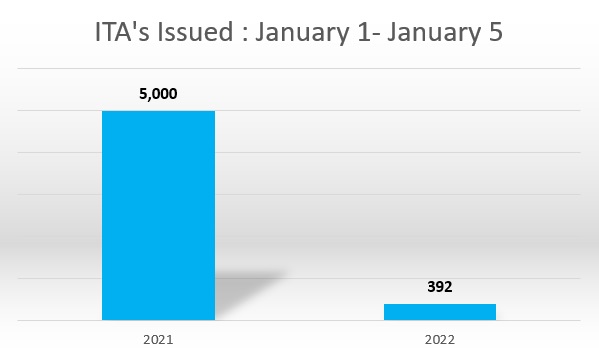 Since the beginning of the pandemic, IRCC has prioritised admitting only migrants who are already in the country. From January 2021 onwards, IRCC solely hosted Express Entry draws for PNP and CEC applicants. While CEC applicants are most likely already in Canada, PNP candidates have demonstrated to a Canadian province or territory that their immigration will enhance the region’s economy.

The minimum CRS score requirement varies for PNP, and CEC draws. PNP draws have higher CRS cut-off score requirement due to the automatic addition of 600 points to the candidate’s Express Entry profile on receiving a nomination from the province.

On the other hand, CEC draws have comparatively lower CRS score cut-off since the draw is concentrated on a specific group of people. However, these streams do not compete with Federal Skilled Worker Class (FSWC) specific Express Entry draws. The graph below shows the CRS score cut-off scores for the last 10 draws. 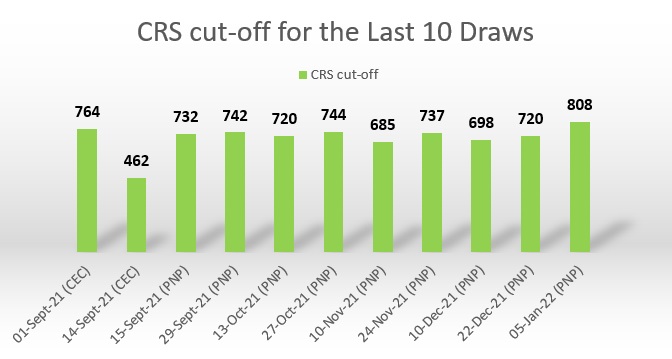