Unemployment has dropped to a historic low of 4.0 percentage in the Canadian province of Saskatchewan. This is the second lowest among provinces, with 24,400 new jobs added year over year. Statistics Canada’s July 2022 job numbers show that Saskatchewan added 24,400 jobs, a 4.4% increase compared to last year – the third highest increase among provinces. All the growth was shown in full-time jobs.

Saskatchewan’s unemployment rate of 4.0 percent remained the second lowest among provinces in July 2022, down from 7.1% in July 2021 and well below the national average of 4.9 percent (seasonal adjustments applied). “Saskatchewan continues to be a national leader, with one of the lowest unemployment rates and some of the country’s highest job growth,” Immigration and Career Training Minister Jeremy Harrison said. “Low unemployment rates, combined with the strong job creation numbers we’ve seen in the last year, will lead to even more economic growth and prosperity for all residents of our province.”

The below chart shows the increase in jobs in Saskatchewan province. 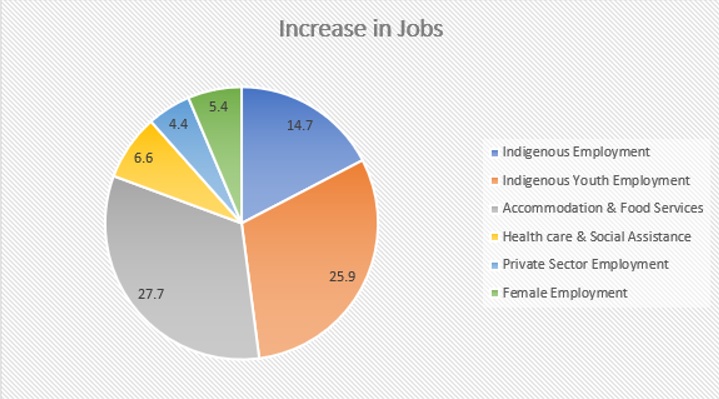