Canada has issued 671 PNP-focused Invitations to Apply (ITAs), following its recent record- breaking CEC-focused Express Entry draw. The minimum Comprehensive Ranking System (CRS) score required to be selected in this March 8 draw was 739, which was 19 points higher than the previous PNP draw. This was the fourth PNP draw of 2021 and the seventh, in general.

Since the record-breaking draw on February 13 – which saw a total of 27,332 ITAs issued to candidates wherein candidates who CRS score was as low as 75 received an invitation – the draw parameters seem to resume normalcy, comparatively, when we talk exclusively of PNP-specific Express Entry draws. 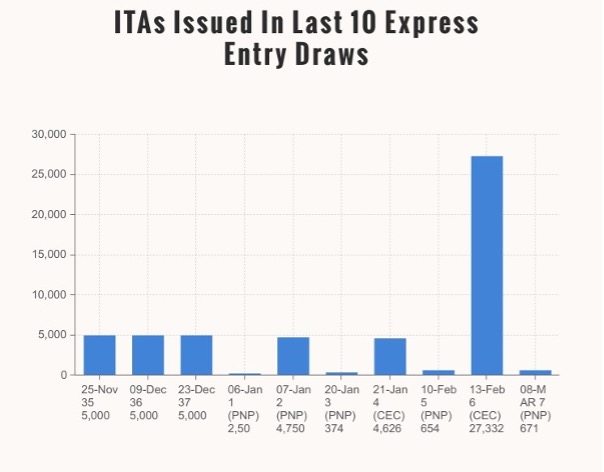 In 2021, as of today, IRCC has issued a total of 38,657 ITAs through seven draws. This includes ITAs issued in the last four PNP draws (1,949; including the current draw) and three CEC draws (36,708). When the coronavirus outbreak hit Canada in March 2020, Immigration, Refugees and Citizenship Canada (IRCC) switched more towards PNP and CEC draws to address the localized labour shortages being faced by the country.  IRCC has now resumed regular all-program draws, and interestingly, the volume of candidates invited in each draw has increased substantially. This breathes relief for potential aspirants who are waiting in the Express Entry pool. 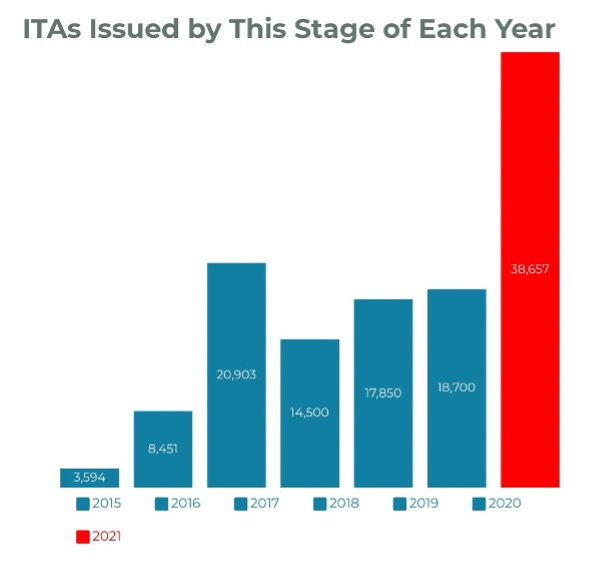 Despite the year being marred by the coronavirus pandemic, Canada set a new record for total ITAs issued in 2020, at 107,350. The previous high for ITAs released in a calendar year was 89,800 in 2018. The tie-breaking rule was applied in the recent draw was February 16, 2021, at 3.10 PM, Eastern Time. Only those who submitted their Express Entry profiles before this date and time, received an invitation if more than one candidate had the minimum CRS score that was announced as the cut-off score of this draw. In 2021, this was the seventh Express Entry invitation round, and the 177th in overall.