Prepared by Veronica Laurent; Shreeya A Pal; Edited by Peter Seeder on December 6, 2021

Amid the pandemic, IRCC has made substantial improvements to its Express Entry regulations. The department is actively engaged in its strategy to welcoming 401,000 new permanent residents before the year ends, since IRCC had made an official decision to focus on transitioning more temporary residents to permanent residents to give it a better shot at meeting provinces’ labour market needs. As a result, IRCC has only welcomed individuals under the Canadian Experience Class (CEC) and the Provincial Nominee Program (PNP) under Express Entry for the year 2021.

The IRCC implemented this interim policy change for two reasons:

IRCC has not invited the top applicants from the entire Express Entry pool, as it did prior to the pandemic, but has instead invited the top CEC and PNP candidates. This has resulted in a decrease in total CRS cut-off scores as the department sought to invite as many CEC applicants as possible to support its immigration objective for this year.

The year’s most significant draw occurred on February 13, when IRCC invited 27,332 CEC applicants to apply for permanent residence, a feat accomplished by setting the CRS cut-off score at just 75. To put this in context, the draw was over six times larger than the previous record. IRCC issued 108,860 & 12,514 COPRs for CEC & PNP applicants between January and October. According to the statistics, IRCC has redirected its resources to process as many CEC applications as possible in order to meet its 401,000-immigration target for this year.

The following data represents total COPRs issued since the month of January for various different programs held by IRCC: 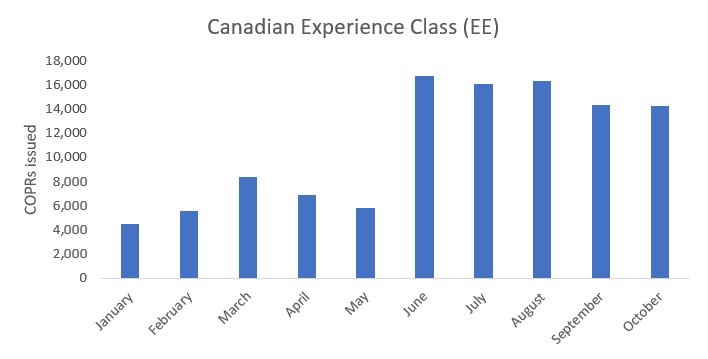 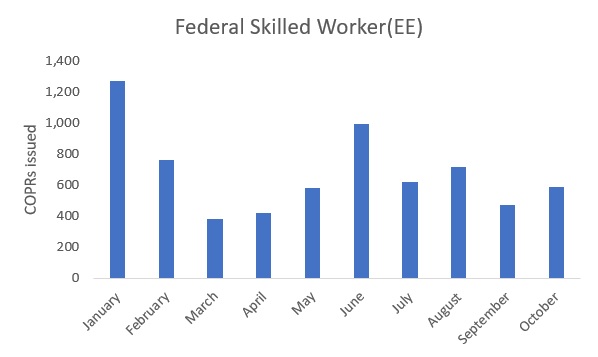 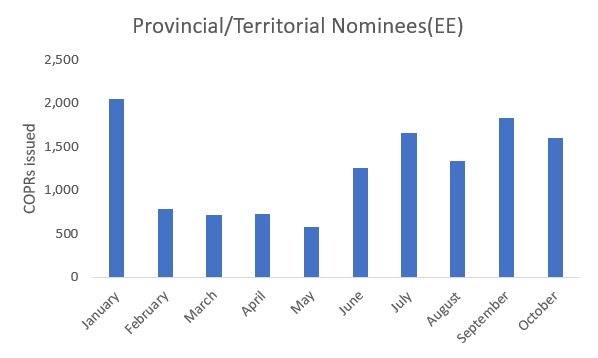 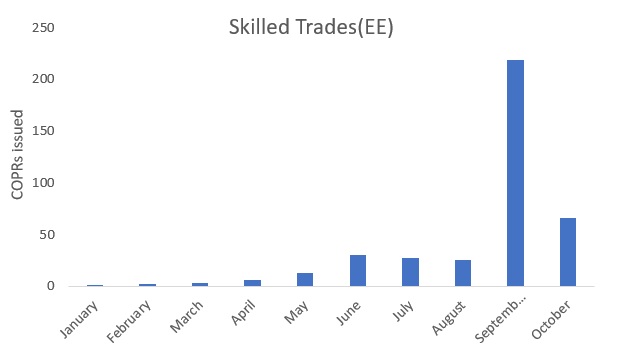 Statistics of total COPRs issued since January this year [for all programs] is exhibited in the chart below: 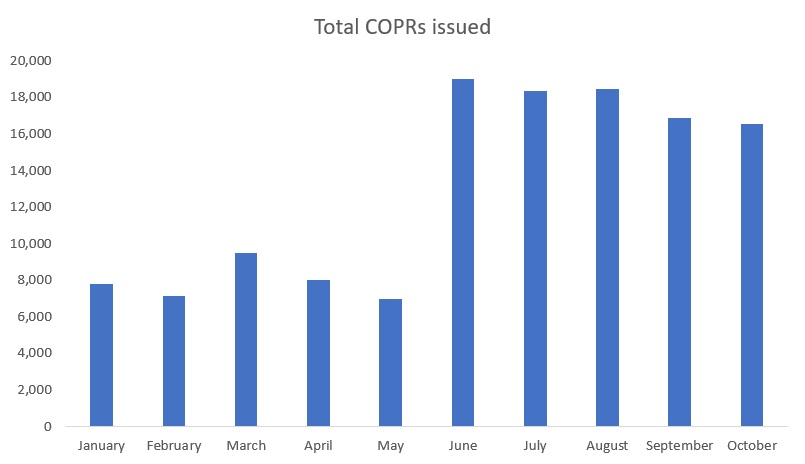 According to IRCC, there is now a backlog of 1.8 million permanent and temporary resident applications. Since January, IRCC has held a total of 27 CEC draws. This year, IRCC is on track to meet its immigration target. IRCC has welcomed over 314,000 permanent residents (from January to October), and in subsequent months, has been admitting over 45,000 candidates per month.

In addition, on February 10, 2022, Fraser will present Canada’s Immigration Levels Plan 2023-2025. The mandate letter and new levels plan will provide stakeholders greater information about IRCC‘s policy goals in 2022 and beyond.