During this quarter (Jan-Mar) the Canada Express Entry program has issued the fifth largest number of Invitations to Apply (ITA) till date. This is also the highest number of ITAs issued since 2017 despite the threat of Coronavirus lurking around the corner.

According to recent figures 22,600 applicants received ITAs through seven draws in January, February and March. This exceeds the total number of ITAs issued in 2018 and 2019 but falls short of the 24,652 ITAs issued in 2017.

It is expected that the number of ITAs that will be issued in 2020 will surely break previous records. The current record stands at 89,800 ITAs in the year 2018. 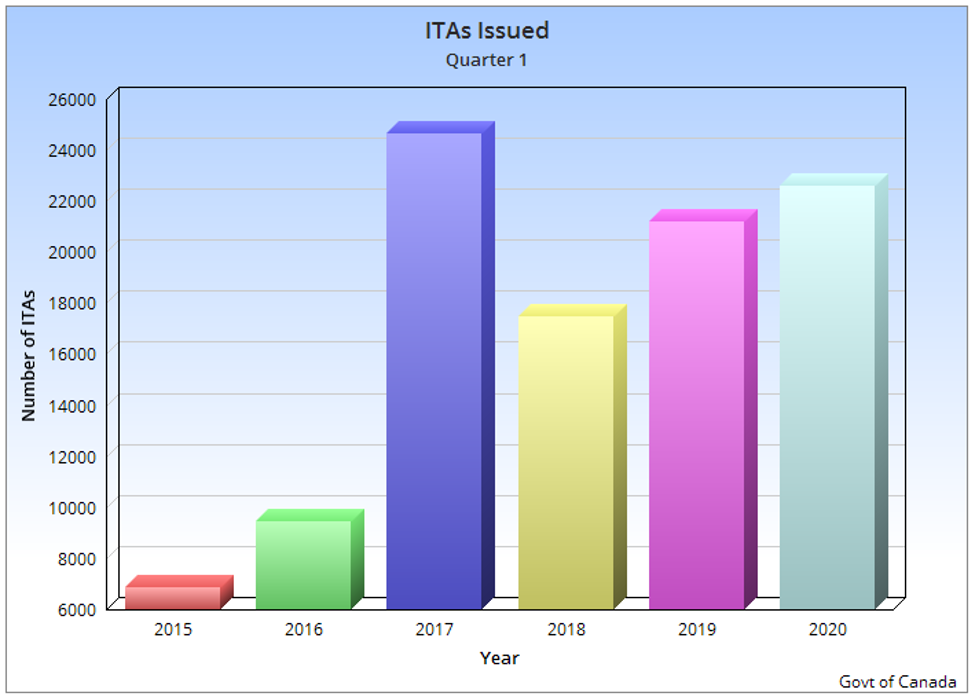 There were only five all-program draws in the first quarter of 2020. The Federal government has put in restrictions as a response to Coronavirus. Following these restrictions Immigration Refugees and Citizenship Canada (IRCC) has elected to conduct two program-specific draws in the latter part of March. This is aimed at provincial nominees and Canadian Experience Class candidates respectively.

In 2020 regarding the all-program draws to date, the average number of ITAs issued is the highest of all time for a single quarter. IRCC averaged 3,740 ITAs per draw in 2020, beating the 2019 record which was 3,533 ITAs in the first-quarter.

This data shows that the Express Entry Program was actually doing well until the outbreak of the Coronavirus which created a slight turbulence in Canada’s immigration which is easily recovering now. 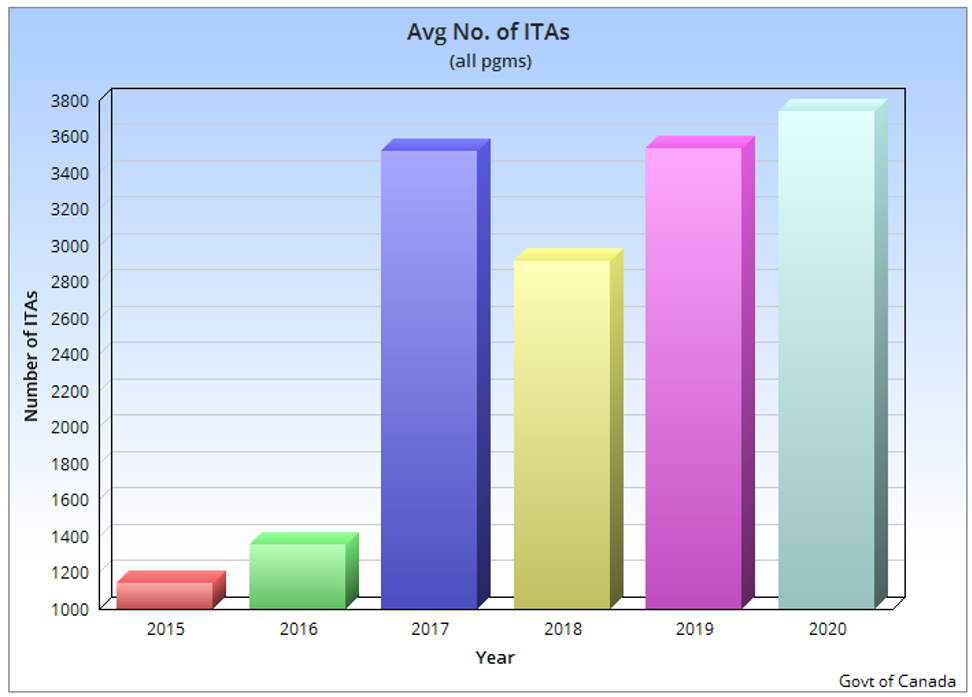 Since 2017, Express Entry programs have become the most popular federal route to skilled worker immigration to Canada. Earlier than this, The IRCC was clearing all the pending applications pertaining to the former first-come-first-serve application system.

This resulted in a record number of ITAs as immigration officials had to build up an inventory of profiles in the pool because Express Entry was established as the exclusive gateway.

Since then, the only time the number of applications in a quarter came close to the second quarter of 2017 was the fourth quarter of 2018. This was around the time the Liberal government increased immigration targets to around 340,000 newcomers per year. 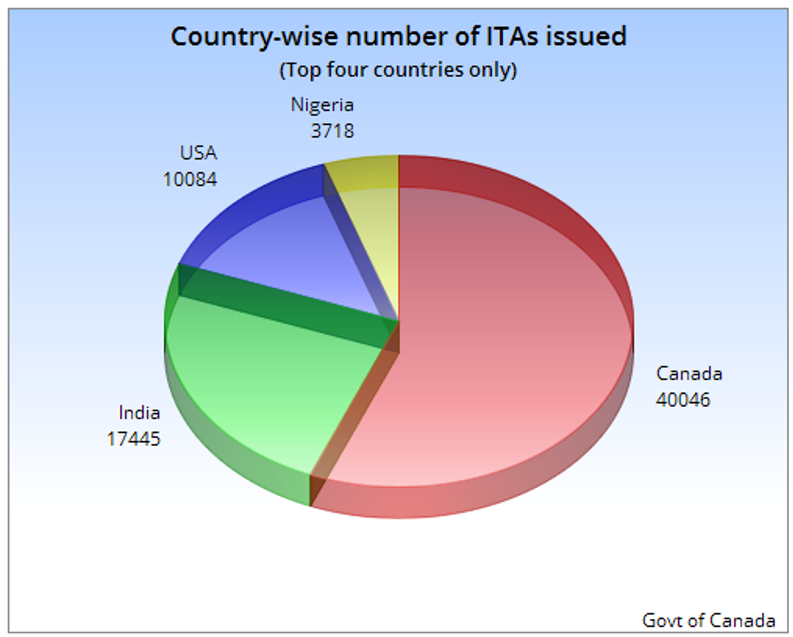 The above chart shows very clearly that India has now become the primary source of new immigrants for Canada. Though the largest number of candidates receiving an ITA or CSQ is located inside Canada at the time of issuance, data shows that the majority of such candidates are also from India.

A clear impact of a more established Express Entry system has been slightly higher and is directly related to the consistent minimum Comprehensive Ranking System (CRS) scores.

The bottom-line, as per seasoned Canadian immigration consultants as well as lawyers is that, if you succeed in getting your score into the 460-ish range, your chances of receiving an ITA will be much higher. It means that candidates can no longer afford to miss opportunities to increase their CRS score, and that they should seriously consider taking charge in increasing their score while they are in the Express Entry pool.

An obvious explanation to this analysis is that the there is no guarantee on the impact Coronavirus will have on CRS score. It is not known when IRCC will conduct its next draw, but the total number of ITAs, minimum CRS and the programs the draw is targeted at, will be a crucial indication of the path Express Entry is going to take during the pandemic.

Express Entry in the Remainder of 2020

Though the Coronavirus pandemic has adversely affected almost all the countries in the world, in Canada, the impact has been majorly in the human resource domain. That is, many permanent residents are now back in their countries of origin, and the government is facing enormous labour shortages. Experts opine that this shortage is likely to merge with the policy update that happened in the previous quarter – wherein the 2020 to 2022 immigration policy update was drafted and adopted – leading to an ever-high intake of potential migrates from all over the world. This time as well – like it had been the case in 2018 as well as 19 – the major contributors are expected to be of Indian origin other than applicants who currently work in Canada under a work permit.