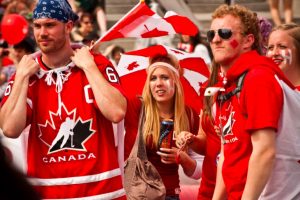 In the meeting that took place in Ottawa, Ontario, observing Canada’s 400 years of Immigration and Diversity, Francophone migration outside the province of Quebec gained much attention and sought-out interest.

Serge Cormier (Parliamentary Secretary to the Minister of Immigration, Refugees and Citizenship), Sean Casey (Parliamentary Secretary to the Minister of Canadian Heritage) Normand Charbonneau of Library and Archives Canada and Audrey Labrie (Vice-president of the Fédération des communautés francophones et acadienne) were all in to the interesting discussion on Francophone immigration levels over the past years, and the influence of diversity on Canada’s official languages.

The event was organized by Immigration Refugees and Citizenship Canada (IRCC), in collaboration with Canadian Heritage, Library and Archives Canada and the Fédération des communautés francophones et acadienne. The goal of the meeting is to increase public awareness of the vitality of Francophone minority communities; generate a discussion on the role and effect of immigration on Canada’s Francophonie; as well as to spark a discussion on the influence of diversity on the future of Canada’s
official languages – English and French.