The Vancouver city in British Columbia was first settled by Europeans in 1862 and became the province’s major commercial centre after the Canadian Pacific Railway located its western terminus in 1886. British Columbia has extensive forests, which makes its economy focus more on forestry and mining. Its natural beauty and coastal weather makes it one of the most beautiful destinations in the world.

Each of these programs have been designed to meet the province’s need of having a strong workforce to meet its growing demands. To know more about these immigration streams, contact us. 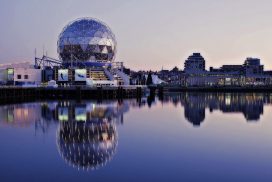 To learn more about the province of British Columbia and its historic, geographic and cultural significance, visit our Explore Canada page.