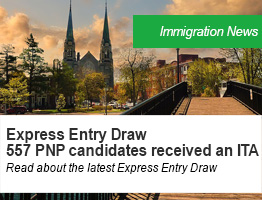 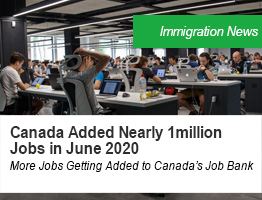 The economy of Canada has added nearly one million jobs last month, as businesses reopened after COVID-19 shutdowns in Canada. It is reported that Canada added roughly 9,53,000 jobs in June alone, out of which, 50 percent of the jobs were full time employments. Nearly 300,000 jobs were added in May 2020 alone. With restrictions […]

Express Entry Is Back | First FSWC Draw Since COVID-19 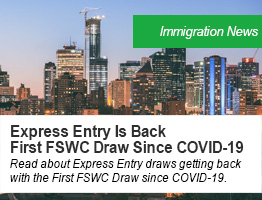 Canada has resumed all-program Express Entry draws and is now issuing Invitations To Apply (ITA) to candidates for the Federal Skilled Worker Program (FSWP). Since COVID-19 became a problem in Canada as well, IRCC had limited the intake of the number of applications from either the Provincial Nominee Programs (PNPs) or the Canadian Experience Class […] 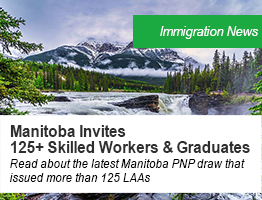 Nearly 128 Candidates were invited in the new draw conducted by Manitoba Immigration! Manitoba Immigration issued 125 Letters of Advice to apply through the Manitoba Provincial Nominate Program (MPNP) to qualified international graduates. On the 2nd of July, LAAs were issued through 3 MPMP streams. In Manitoba, skilled workers received 101 LAAs with a lowest […] 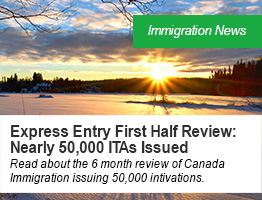 Following the coronavirus outbreak, Canada Express Entry ended in the early six months of 2020 by issuing nearly 50000 applications by the immigration council of Canada. First 26 weeks saw nearly 48,600 ITAs being issued by the government, compared to the highest record of 54,507 ITAs, which were issued in the first half of 2017, […]