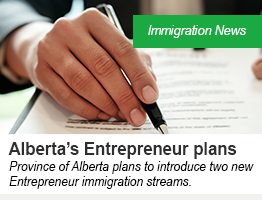 The provincial government of Alberta has announced that they are going to deploy 2 new immigration programs in the business as well as entrepreneurial area, with an intent to bring-in sustainable development in suburban areas of the province, as well as to create new jobs.   The recent provincial budget release saw the Alberta Advantage […] 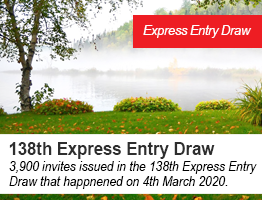 3,900 invitations were issued on this 138th Express Entry draw that took place on 4 March 2020. The CRS score of lowest ranked candidate invited was 471. Though the cut-off CRS score in this draw has increased by one point compared to the 137th EE draw, immigration experts opine that this need not be taken into account seriously, considering […] 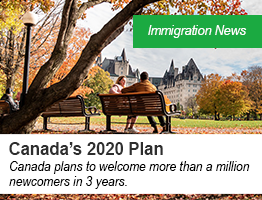 Canadian Immigration Minister Marco Mendicino will be submitting his first immigration plan to the parliament this March, showcasing more than a million permanent resident invites between 2020 and 2022. In his first major policy speech, Mendicino outlawed his plan for Canada Immigration for the next three years. Even when the speech made at Toronto’s Canadian […]