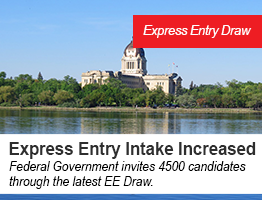 An all-time high of 4,500 invitations were issued on this 136th Express Entry draw that took place on 19 February 2020. The CRS score of lowest ranked candidate invited was 470. The cut-off CRS has come down by 2 points compared to the 135th EE draw, and as per the opinion of seasoned immigration lawyers as well as Regulated […] 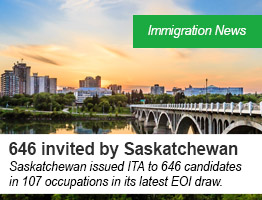 The Saskatchewan Immigrant Nominee Program draw that happened on this 13th February issued invitations through two provincial streams. 369 invitations were issued through the Occupations-In-Demand stream, and, 277 through the Saskatchewan Express Entry aligned. Both the streams required a minimum score of 70 points to be eligible for an NOI (Notification of Interest) to be […] 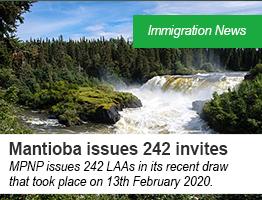 The province of Manitoba has issued 242 Letters of Advice to Apply across its three categories in the draw that took place on this 13th February 2020. The lowest scored candidates had a CRS score of 525, and the draw saw the issuing of 182 LAAs in the Skilled Workers Manitoba category. A total of […] 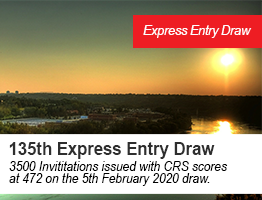 A total of 3,500 invitations were issued on this 135th Express Entry draw that took place on 5 February 2020. The CRS score of lowest ranked candidate invited was 472.

Saskatchewan tries for more authority from Ottawa over Immigration 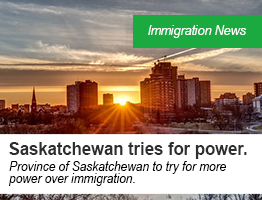 The provincial officials of Saskatchewan are continuing to drive the federal government to provide more authority over the immigration into the province. After the talks in December 2019, provincial Minister for immigration Jeremy Harrison had a conversation with Deputy Prime Minister Chrystiq Freeland earlier in January on the issue. Even though no formal request has […]