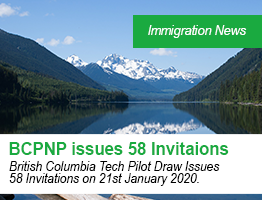 The Province of British Columbia’s BC PNP Tech draw has recently issued 58 invites in a new draw that happened last on January 21 2020. The draw witnessed invitations issued under four British Columbia Provincial Nominee Program streams. The streams as well as the minimum scores that was applicable for these draws have been exhibited […] 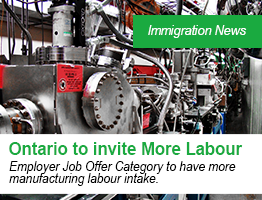 The Ontario Immigrant Nominee Program is on a path to incorporate 13 more manufacturing jobs to the occupations eligibility list under the popular Employer Job Offer Category. The candidates for the new NOC (National Occupation Classification) codes will only be eligible if the job is outside the Greater Toronto Area. 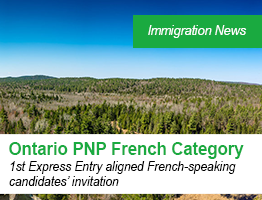 On this January 9th, the province of Ontario has conducted its first Express Entry aligned French-speaking candidates’ invitation round. A total of 242 Notification of Interest (NOIs) were issued in this draw round.